How seriously should we take calls to scrap all taxes on charities? Should we do the same for businesses that do good? (Originally posted on Linked In)

When I see a senior person from charity finance arguing that charities should be exempt from all taxes I’m tempted to reach one of two conclusions: either the Chair of the Charity Tax Group, John Hemming, has forgotten what taxes (and charities) are for or he’s simply setting an Aunt Sally running to see how many salute it, if I may mix my metaphors. 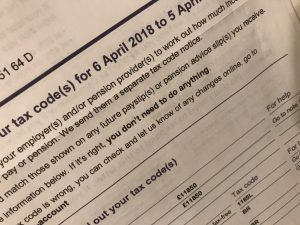 Whilst mansplaining the first option I hope I can do justice to the intellectual challenge of the second.

People and companies pay tax in order to do good. Such ‘good’ comes from funding common action to address common social and other problems: a service to help us when we’re sick, to educate our children or to address poverty and social exclusion through the benefit system, for example. Whilst we can all agree that ‘the defence of the nation’ should be included we may disagree on how that’s best achieved. Meanwhile, no one can sensibly argue that we’re spending too much on social services or elderly care.

Taxation redistributes wealth and few would disagree that the richest should contribute more than those less able to (though to what extent is always good for a pub debate).

Charities enjoy several tax advantages in exchange for delivering ‘public benefit’. There’s controversy over what this means, especially where independent schools are involved. The comedian (and economist) Simon Evans recently drew attention to the absurdity of Gift Aid: the more you give to charity the more the state subsidises your giving – using money that might otherwise be used for ‘doing good’.

This slightly irrational position sees a shift of resources from organised, focused intervention at scale by the public sector and in the public interest towards chaotic, diversified investment in… lots of stuff, delivered by a host of myriad charities. Little wonder some senior people on the left are reported to be sceptical of charities as service providers – in any situation.

But not me. I think it’s right for charities to bring innovation, local expertise, caring values and alternative ways of delivering services into the public domain and right that Government partners with them in that delivery. Whilst charities should never be the vassals of government, should always have access to funding from independent sources too, professional partnerships between charities and the state frequently make great contributions to society.

I’m also in favour of businesses doing good, as I outline in my book ‘The Company Citizen’. Companies have a duty to behave responsibly in respect of community, stakeholders and the environment, and there’s a long term business case for them to be proactive in doing so. In fact, we need them to address climate change, food poverty, resource management on the international scale that only companies can.

Some argue that companies who do good should be rewarded with tax reductions; this idea should get very short shrift. After years of cuts in public spending we can see that we should not be spending taxpayers’ money in ways which aren’t focused on need. Companies that cut their carbon footprint will save money in the long term and gain a business advantage from doing so, they don’t need a tax cut to achieve that.

So we’re left with a rather uncomfortable feeling that maybe taxpayers shouldn’t be subsidising charities as much as they do, let alone singling them out for tax cuts. But charities aren’t companies and they can’t gain from ‘doing good’, which is a cost for them, not a net benefit.

Actually, other than Gift Aid and the VAT issue there’s no wholesale subsidy of charity operations, despite what recent commentators on various Oxfam issues have implied; most taxpayers’ money that goes to charities goes straight into services for those they help, often the poorest and most excluded members of society at home or abroad.

The best thing is to quietly park the ‘scrap the tax on charities’ agenda, Mr Hemming. I suggest you do so!