What does the Carillion affair tell us about the future of the private sector in service delivery? It’s nothing like as simple as saying ‘no more’! What’s the Company Citizen’s approach?

It’s inevitable that, in the future, private companies will provide more services to the public than they do today.

This might sound extraordinary, in the light of the Carillion affair, but what’s the alternative? Spending cuts and austerity, especially at local government level, mean that the state no longer has the capacity to deliver conventional services on the scale we need; whilst our traditional, Attlee-esque view of the public sector struggles with diversity and complexity. With the whole of the public sector in a mess, if we don’t regard the private sector as, at the very least, an asset or partner in its recovery, we won’t succeed in putting it right within a generation. 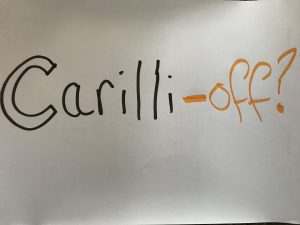 This is not to say that the ways in which outsourcing has been conducted hitherto were right. Whatever the undoubted strengths of our civil service, commissioning skills have not been allowed to develop in the way they needed to. In short, government has been dictated to by a handful of large companies who don’t necessarily share the values needed to deliver services which are essentially about caring.

The following criteria should ring alarm bells in the offices of Chief Commissioners of Services in government departments:

Unfortunately, as regards the current crisis, Carillion meets all of these negative criteria. In fact, most of our biggest outsource companies have lost one or more CEOs in recent years, seen their share prices tumble and issued profit warnings. This is because – back to austerity, but add in the toxic fear of Brexit unknowability – the supply of new big public sector contracts has simply dried up. We’ve allowed some private partners to walk away from contracts they don’t like, such as on the railways, when involving them was supposed to be a way of managing risk! This should not be allowed without repercussions.

And yet… some outsourcing companies have developed excellent working methods which, where they work, receive no publicity and therefore little credit, including partnering with charities to allow them to deliver services at an unprecedented scale. HCT (formerly Hackney Community Transport), one of the country’s largest social enterprises, delivers transport services on a massive scale. Recently Cordant, previously regarded as just another outsource company, remodelled itself with a flatter pay structure, more employee involvement and more recycling of profits. Is this a flagship for service provision of the future?

The fact is that personalised health and care, investment in the prevention of poor health, better local housing and transport, all demand more (and more accountable) local autonomy in the way that they’re delivered. This needs huge investment, especially in the period of transition in which we find ourselves, in the eighth year of a government which doesn’t really believe in governing. We’d all love for the taxpayer to ride to the rescue but, in the short term, that ain’t going to happen. The private sector has access to the money – profits associated with share price changes may exist only on paper, but many have seen real profits blossom and dividends rocket as wages have been held back. We need such money invested in providing services, either on behalf of or complementary to those of the public sector, driven by a reasonable rate of return.

Above all, we need to see companies take on a long term approach to services that is not only financially healthy but delivers responsibility, sustainability and ethics, too.

This article first appeared on Linked In