In his book, The Company Citizen, Tom Levitt argues that businesses should work with charities for the good of society – but also in their own interests. This article was written for the website What Charity, ‘the Tripadvisor for charities’, launched in March 2018.

There’s no shame in advocating that business should have a reason for giving to charity that’s more than the moral, slightly guilt-tinted one of ‘giving back’. A business case for a company to work with charities makes it sustainable and repeatable, helping build positive community engagement into the company’s operations. 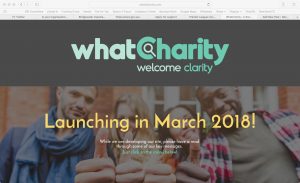 Superficially, companies find the charitable giving of cash tax-efficient but this is where business giving should start and not end.

There’s much evidence that companies known for their support of charities enjoy greater interest and loyalty from their customers. M&S maintains its successful partnership with Oxfam, notwithstanding recent events, and Boots’ liaison with Macmillan Cancer Care is now six years old. In both cases the relationship is not confined to cash but includes employee volunteering, training, skills exchange and strategic gifts in kind. Gifts in kind can reduce waste, surpluses and processing or disposal costs.

For companies seeking contracts with local authorities all of these activities can count towards the ‘social value’ that the law allows public bodies to seek from their procurement practices. Some businesses support ‘Buy Social’, a campaign in which they deliberately use their procurement powers to favour social enterprise suppliers, businesses which rank social or environmental goals as a greater priority than the maximisation of profit.

Perhaps the biggest prize businesses can win from working with charities is employee engagement.

Allowing employees to donate to good causes, perhaps through payroll giving, gives them a level of involvement and control; allowing them to use company time for fundraising, ditto. This is just a start! Where the company allies its own power to support charity with that of its employees an even  greater sense of purpose amongst staff is generated; it’s this purpose which generates employee loyalty and engagement. ‘Time volunteering’ creates a team spirit and can deliver greater impact than can fragmented individuals.

Where employees have the opportunity to use their professional skills in a good cause, a process which allies company purpose and mission with long term commitment, with the aim of bringing about a sustainable change for the better in the world, engagement is heightened yet again. Some companies allow every employee up to three days a year of paid leave to support such work.

An engaged employee is more committed for the long term, more productive and a better ambassador for their company than is a less engaged one. Bearing in mind that employee engagement in British business generally is at rock bottom whilst UK productivity has not improved in a decade, positive, active, sustained support of charities by businesses can only be a good thing – and not just for charities’ beneficiaries.